Nowadays, Coding is the latest trend after which people are going crazy! Tonnes of online courses are being sold claiming, a programmer pro tour of languages or frameworks such as Java, Python, ReactJS, etc. A lot of popular companies like Facebook, Airbnb, Instagram, etc. have been using React for their mobile app development. It is a cross-platform application development framework that has been delivering incredible results & similar UIs like Native apps. But can React native be used for mobile apps? Or is it just a marketing stunt to attract more beginners into coding? Let’s explore some of the popular reasons for the usage of React Native for mobile app development services.

Cost is the major highlight of any developmental process. Whereas, the usage of React Native in mobile app development allows the creator to establish a cross-platform supporting application. This enables enhancement in market penetration & reach of the product under the least amount of expense. Therefore, React Native is one of the cost-effective & flexible frameworks that allows designers to establish mobile apps according to business requirements.

It might be a gratifying time for the users to update their applications and enjoy the latest features. But, it becomes a nightmare for the developers who have to go through all the back-end coding rectifying all the functions making it bug-proof and functional. All this process that includes changes becomes tedious in native apps. But the code push feature provided in React Native mobile app development solves this misery in no time.

Mobile applications build through React Native are not just simple but they make complex tasks easier by offering simple codes for creation. An extensive framework of the UI library developed by Facebook makes the entire process a lot easier. You might have heard about the famous ‘Hot Reload’ feature of React Native development. It is one of the main characters responsible for reducing the complexity of frameworks.  Through React Native, mobile app developers receive a direct preview of the code and its impact while coding.

It already hurts to spot endless errors in your code. But, developers don’t know everything. They are human too! That’s where a community of around 2000 contributors from around the world in React Native comes to your rescue. It includes companies such as Microsoft, Software Mansion, Callstack, Infinite Red, and many more. You can also browse websites such as Native Directory and JS.coach to receive solutions for bugs.

As we all know, React Native is based on React ideas hence choosing React Native for Mobile app development not only allows developers, to establish powerful mobile applications but also provides access to the extensive ReactJS UI library established by Facebook.

All the React Native app development service providers already know that the fundamental base possesses a similar level when you are working with React Native development. In fact, the level doesn’t even change while using the programming language for either iOS or Android mobile apps. It represents the straightforward & standard code of React Native where all the codes are written in CSS and JavaScript.

One of the essential unique selling points of React Native development lies in its creative liberty that is awarded only to the developers and designers. Through React Native app development they can create some of the super engaging and tremendous user interfaces of all time. Developers can also customize the UIs according to the users & their preferences.

The mobile apps developed by React Native are known as real mobile apps. Obviously not because they exist! But because of their independent nature with respect to hybrid, mobile web apps, or HTML5. But to enhance the performance of any React Native app you need app optimization through the Native codes offering incredible results.

10. Debugging is No More Hectic! 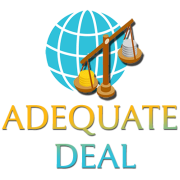 Understand What Mywifiext login is And How to do Setup?