Decentralized is the movement of authority from a central unit to a more localized model. This term now applies to blockchain browsers and apps such as Bitcoin, Qitchain, Ethereum, and others.

Decentralized Storage: How it Works

Decentralized Cloud Storage; a viable solution implements by blockchain companies. It is a method of storing your documents without having to rely on big, centralized data silos that do not jeopardize important values like freedom and privacy of data.

Data is kept on a decentralised network in numerous places by authenticated users who are rewarded for connecting, storing, and keeping data available. People, instead of a single company, host the servers. Anyone can take part, they are maintained honestly by smart contracts, and they are incented to participate through tokens.

Decentralized storage systems rely on a peer-to-peer system of user-operators, each of which holds a tiny, encrypted fraction of the total data.

As a result, a solid platform for data storage and sharing has created. Users benefit from the distributed nature of blockchain cloud storage in several ways over traditional centralised storage. The blockchain-based decentralised cloud storage system divides account holders’ files into multiple smaller data chunks known as “blocks.” It then intercepts every block with a distinctive hash or with private keys and disperses it across multiple computers, or “nodes.” “Sharding” relates to the procedure of disseminating data over the network of nodes. It is important to emphasize that the blockchain-based storage system motivates user groups to host, join and store servers.

Numerous small entities contribute to the system by adding computing power and storage space. This process of enticing tiny entities reduces overall storage costs for companies and other end users. Similarly, all data disseminates and stores in decentralized locations. If intruders try to hack into these sites, they will find encoded blocks of data. Furthermore, they would only be able to acquire a portion of the data, rather than the entire file. In a nutshell, a blockchain-based decentralized storage system guarantees data protection in this manner.

To protect and expedite the storage and retrieval of data, the decentralized system employs resource sharing and data redundancy. Because it records numerous versions of the original data in multiple locations, if one machine fails, the user suffers no data loss. The load balancing system maximizes the network services by halting traffic from centering in one location.

Popular Projects based on Decentralized Storage

Decentralized blockchain-based storage allows anyone to use unused hard drive space and a consistent network connection to garner cash flow by being a storage node. Users can participate in the decentralized storage network through platforms such as Filecoin, Sia, MaidSafe, and Storj.

Several organizations are now cooperating to reshape cloud computing into “Fog Computing,” a decentralized platform of computing power based on blockchain that is worldwide scalable. It not only maintains safe and secure data processing, but it is also more cost-effective. Here are a few projects and foundations that are making decentralized storage possible though many of these are already operational.

Filecoin is a decentralized cloud storage network based on the Interplanetary File System (IPFS). IPFS; a new decentralized web protocol that aims to contend with and overtake the broadly used HTTP protocol. It necessitates mine owners or storage providers registering on the network and bidding on storage requests. It divides the user’s data into several chunks, encrypts it, and allocates it across various storage providers.

Storj, is a decentralized storage-only platform that has been in operation for several years. On its alpha network, designers can evaluate its storage capacity. Storj pays hosts in STORJ tokens for unutilized storage space, which then made available to Tardigrade users.

Siacoin’s operating system prioritizes Proof-of-Work (PoW) and it has its own ASIC chips for mining. Moreover, it also makes use of file contracts (similar to smart contracts) to ascertain storage needs. The strong Proof-of-Storage (PoS) algorithm is utilized to protect and verify file agreements on the network.

MaidSafe started in 2006 as a small squad tasked with overseeing the Safe network. It provides a global infrastructure of storage nodes that run the Vault software. It is an open-source initiative where anyone can conveniently be the storage provider. Additionally, it gives users access to all publicly available data on the Safe network.

In conclusion, one can say that the ever-growing need for storage allows many companies to adopt decentralized storage systems. Thus, it is providing superior services than what the centralized market is currently offering. Industries are hopeful to get the best results from decentralized storage networks in near future. 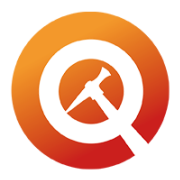 Why Your Business Needs A Professional Digital Agency?

Get Instagram Followers For Cheap With These 4 Helpful Tips!