Creative writing jobs are emerging immensely in the digital world. The theme is the central meaning in all these pieces that portray the message. It is meant to evoke emotion in a reader by communicating a theme in storytelling, including in movies, creative nonfiction, literature, graphic novels, and many video games.

Take the movie Jaws, for instance. The plot revolves around a shark that terrorizes a beach community and the men tasked with killing the shark. But the themes include humanity’s desire to control nature and how potential profit can drive people in power to make dangerous decisions.

A theme isn’t the only aspect that describes creative writing. Point of view, reader’s emotions, organizing text around a narrative structure, and using imaginative language also play an important part.

Creative writing normally uses literary devices like metaphors to build a narrative and express the theme.

So, let’s dive in to know many types of creative writing!

Novels originated in the 18th century. Today when people think of fiction books, most refer to novels.

A novel is a fictional story of up to 60,000 to 100,000 words. However, they can be as small as 40,000 words or go beyond 100,000, depending on the author and story.
Stories that are very short to be novels but can accurately be called short stories are often referred to as novellas.

Short stories are fictional stories that generally fall between 5,000 and 10,000 words. Like novels, they tell whole stories and have at least one character, some conflict, and at least one or two themes.

When a piece of the story is less than 1,000 words, it is categorized as a work of flash fiction.

Scripts, screenplays, and plays are shared with novels and short stories. The difference is that they are meant to be performed rather than read. They tell stories that arouse feelings and express themes.

Creative nonfiction covers all kinds of creative writing that are not fiction. For example:

Literary journalism is the pieces that report on real events but do so in a way that makes them feel like short stories. These are stories often published in outlets like Salon and The New York.

Memoirs are like personal essays, similar to what novels are to short stories. In short, a memoir is a book-length collection of personal memories, often centering around a specific story that works on opinions, emotional sights, and epiphanies into the story.

An autobiography is a manuscript you write about yourself and your life. Often, autobiographies spot key events and may focus on one particular aspect of the author’s life, like her career as a professional athlete.

Autobiographies are often alike in style to memoirs. Still, instead of being a collection of memories attached to specific happenings, they tend to tell the author’s whole life story in a linear storyline.

The writer breaks conservative grammar and stylistic rules in a lyric essay when writing about an event, place, concept, or feeling. That’s why lyric essays are like essay-length poems. They are considered essays and not long poems because they generally provide a more direct analysis of the theme than a poem.

Are You Looking For Creative Writing Jobs?

If you are looking for Freelance Creative Writing Jobs in any of the above genres, you may contact Red Eye USA Sports. It is a portal that connects creative writers to their potential clients. 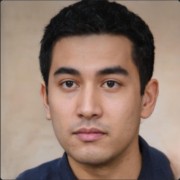 How Do You Write A Good Assignment?

What is the Tooth Numbering System?

Fashion Logo Design: How to create your clothing brand logo

Best Website Marketing Agency in Canada: How to Choose the Right One

The Vancouver Beginner’s Guide to Hiring a Digital Marketing Agency