After a routine examination at the office of your child’s pediatrician, you are told that the doctor believes that your child has kyphosis. You have also noticed that your child’s spine seems out of alignment. Your pediatrician suggests that you go for a consultation with a spine specialist who has experience with children and this condition.

What should you know about the condition and how it will affect your child?

Kyphosis is what happens when the bones that are part of the spine in the upper back feature a curve outward more than would be normal. Kids can be born with the condition or other health problems can cause it to occur. Even something as simple as slouching can cause it or carrying a heavy backpack to school can also lead to kyphosis.

There are three types of kyphosis. When the condition is extreme it is often called hyperkyphosis by medical personnel. Nevertheless, the three types can be explained as follows:

Congenital kyphosis is the name of the condition when a child has it at birth. It may be caused by inappropriate development of the spine while still in the womb. At times it may be caused by a fusing of the spine, or it may not be noticed at birth. It can get worse over time. Sometimes the vertebrae can further compress and cause greater damage, including nerve damage and motor defects.

Postural kyphosis is the most common manifestation of the condition. It is not caused by defects in the structure of the spine. It is noticed mostly in adolescence because children of that age often have bad posture or slouching. This can cause the muscles to stretch and the spine to come out of alignment. At that point, children are often told to stand up straight. There is usually no pain and the condition does not carry over into adulthood if the child improves their posture.

Scheuermann’s kyphosis results in a change in the shape of the back in the spinal vertebrae. This difference means that it is not posture-related but is a structural issue. In this type of kyphosis, the vertebrae appear triangular as opposed to the normal rectangle shape. The resulting curve cannot be improved by correcting the posture. This condition may be diagnosed with an X-ray and is more common in boys. Pain is often increased with long periods of standing or sitting.

Whether or not a child has kyphosis at birth, or is diagnosed with it at a later age, there are a number of things that cause this condition. They include poor posture, spina bifida, brittle bone disease, certain metabolic issues, neuromuscular issues, and Scheuermann disease.

What Symptoms Are Exhibited with Kyphosis?

Common symptoms include shoulders of different heights, tight muscles in the hamstring, the heads bending forward as compared to the rest of the child’s body, general back pain, and a difference in the shoulder blade position when compared one to another.

How Is Kyphosis Treated in Children?

Treatment measures will vary depending on the age, health, and symptoms of the child, but they may include the following:

One of the keys to getting your child the best treatment is to make an appointment with a back and spine specialist.

As a parent, you want the very best for your child. If the pediatrician or the spine specialist suggests treatment for your child’s kyphosis, it is vital to follow the protocols that are used to help your child deal with the various forms of the condition. Your goal is to have your child grow up with a straight and healthy spine and live a happy and productive life. 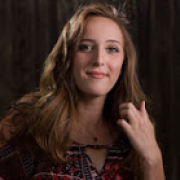 What to Do If Your Travel Day Goes Wrong

Find Out Wich Vitamin and Supplements Store Best For Multivitamins

How important it is to sleep well while in college